The next step forward for Notional has been deployed, and there's a lot happening (though it's mostly under the hood). Here are the key points:

-Aave v3 Support
Notional V2 currently lends all deposits on Compound - V2.1 extends this support to Aave. This enables Notional to list a wide variety of assets found on Aave as well as lay the groundwork for an eventual Notional L2 where Aave is supported.

-Treasury Management
The newly-deployed treasury management module enables Notional's profits to be extracted into the Notional treasury and sold strategically to benefit Staked NOTE holders (more on the staked module below).

V2.1 also fixes a previous incentives issue and improve nToken redemption around fcash residuals.  You'll see a shiny new website deployed as well, as we update and improve a major swath of the UI. Read the full announcement.

While it's one week later than we originally hoped for, everything is on track for an imminent staking module launch. The 80/20 NOTE/WETH Balancer Pool Safety Staking Module (it's a mouthful, we know) will simultaneously provide greater liquidity for trading NOTE, introduce a mechanism for returning protocol revenues to stakers, and also provide a backstop in the unlikely case of a major insolvency/hack event (similar to the AAVE safety module).

-Protocol revenue re-investments. Notional earns transaction fees each time a user lends or borrows and COMP incentives. COMP incentives will be used for buybacks.
-Additional incentives. At launch, the community will allocate 30,000 NOTE per week in additional incentives to sNOTE holders for a minimum of 6 weeks.
-Trading fees on the Balancer pool. The Balancer pool earns a .5% trading fee any time a user swaps between NOTE and wETH. Trading fees increase the value of the LP tokens held in the sNOTE pool.

We've got another Notional Blitz design contest and we you've got just until April 4 to win up to $1k in $NOTE!

Full details/rules/guidelines can be found here.

The proposal to launch a suite of fixed rate products, starting with a DAI FIXED token passed the IndexCoop community with 99.99% of the votes in! This means we could see a product launch by the end of April, but likely with the next few months as the team works on necessary integrations.

This will make Notional's fixed rates as accessible and easy to use as any other ERC-20 token (as opposed to directly interacting with the protocol).

"Not only is this the first fixed-rate yield product for the Index Coop, but it is also the first fixed-rate yield token in DeFi. The most explicit difference from other proposed yield products is that holders receive a stable, predictable return on their assets. The interest earned on fixed-rate maturities has been substantially, consistently higher in DeFi compared to the variable rates available on Compound and Aave, and DAI-FIXED gives token holders access to those rates while also providing a secondary market for seamless exchange and instant liquidity."

‌‌For more info on the integration and why the world needs more bond products in crypto, check out this post.

After raising a $10 million Series A in May 2021 from some of the top VC firms, including Coinbase Ventures, Notional’s protocol was relaunched on 11/1 with a host of new features as well as the NOTE governance token. Notional is now a top 10 DeFi lending protocol, with more than $400M in total value locked. 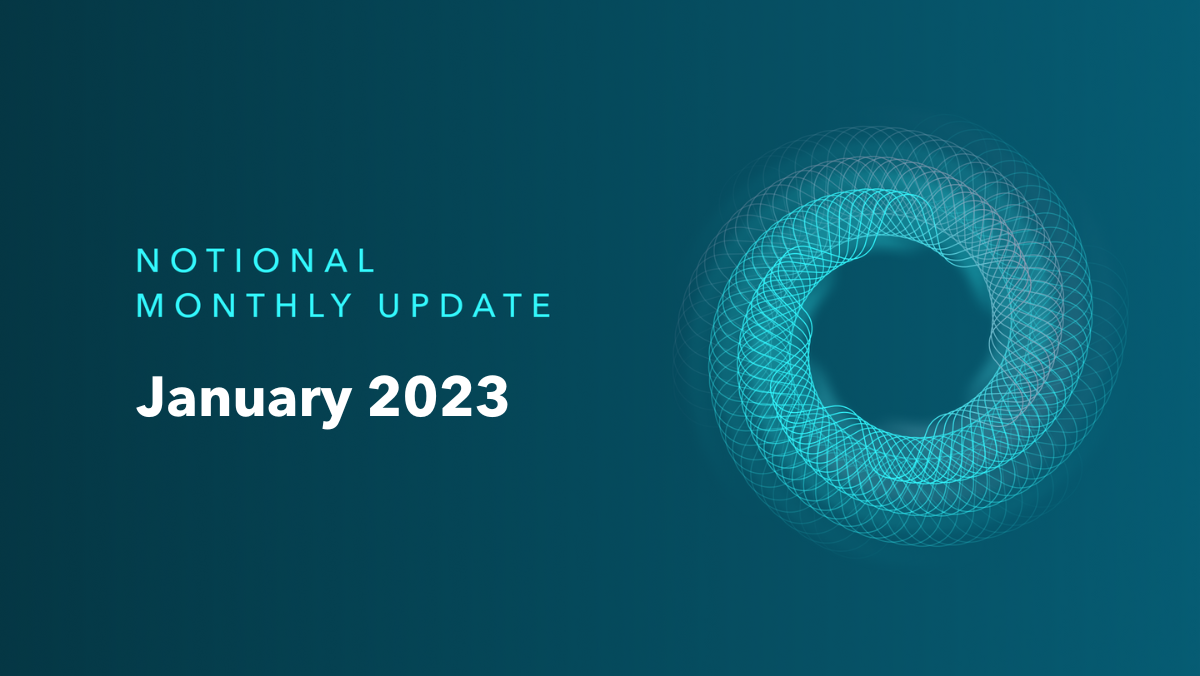